Eden in The 21st Century

Seventh-day Adventists are devoted to helping people understand the Bible to find freedom, healing, and hope.

About the Adventist Church:

I was born to reflect the image of a God who is powerful enough to create my universe, attentive enough to hear my prayers and loving enough to be defined by self-sacrifice. I find my greatest fulfillment on a journey toward purpose and wholeness.

It was on Saturday August 22, 1992 the historic march of the Master Guides and Pathfinders from Mammie River to Gordon Town and then to the tent site was made. That night we came together for the first meeting under the tent, a concert, praising God for the victories won.  On Sunday August 23, 1992 the LOVE IN ACTION crusade began. It was a soul stirring and challenging eight week campaign as we marched against the enemy of souls capturing 95 precious souls for the Kingdom of God.

On October 11, 1992 the Hope SDA Church, under the leadership of Pastor Manley Phillips and Elder Andel Bailey made the decision to send Sis’s Rachael Pinnock, Genevieve Maitland, Bertilee Burgess, Jasmin Thomas and Bros. Glen Heaven and Vaughn Thomas as pioneers to nurture and establish the church in Gordon Town.  Sabbath November 7, 1992, our first Sabbath on un-borrowed soil. On November 14, 1992 we held our first communion during which we received 70 precious souls into fellowship of the church.

On October 25, 1992 the first batch of concrete was poured for the casting of the foundation of the church. We received invaluable assistance by way of credits, loans, gifts, etc. from the Davis Enterprise, Adventist Laymen Service Industries(ASI), Hope SDA Church, EJC and several individuals too many to mention here.   On May 2, 1993 we moved into the unfinished church building in fear of the coming May rains.  The building of the baptistery was made possible by Sis. Myrtle Anglin, January 30, 1994 she was the first to be baptized on February 5, 1994. Seven years later the pool was  covered on September 28, 2001 again by sis. Anglin 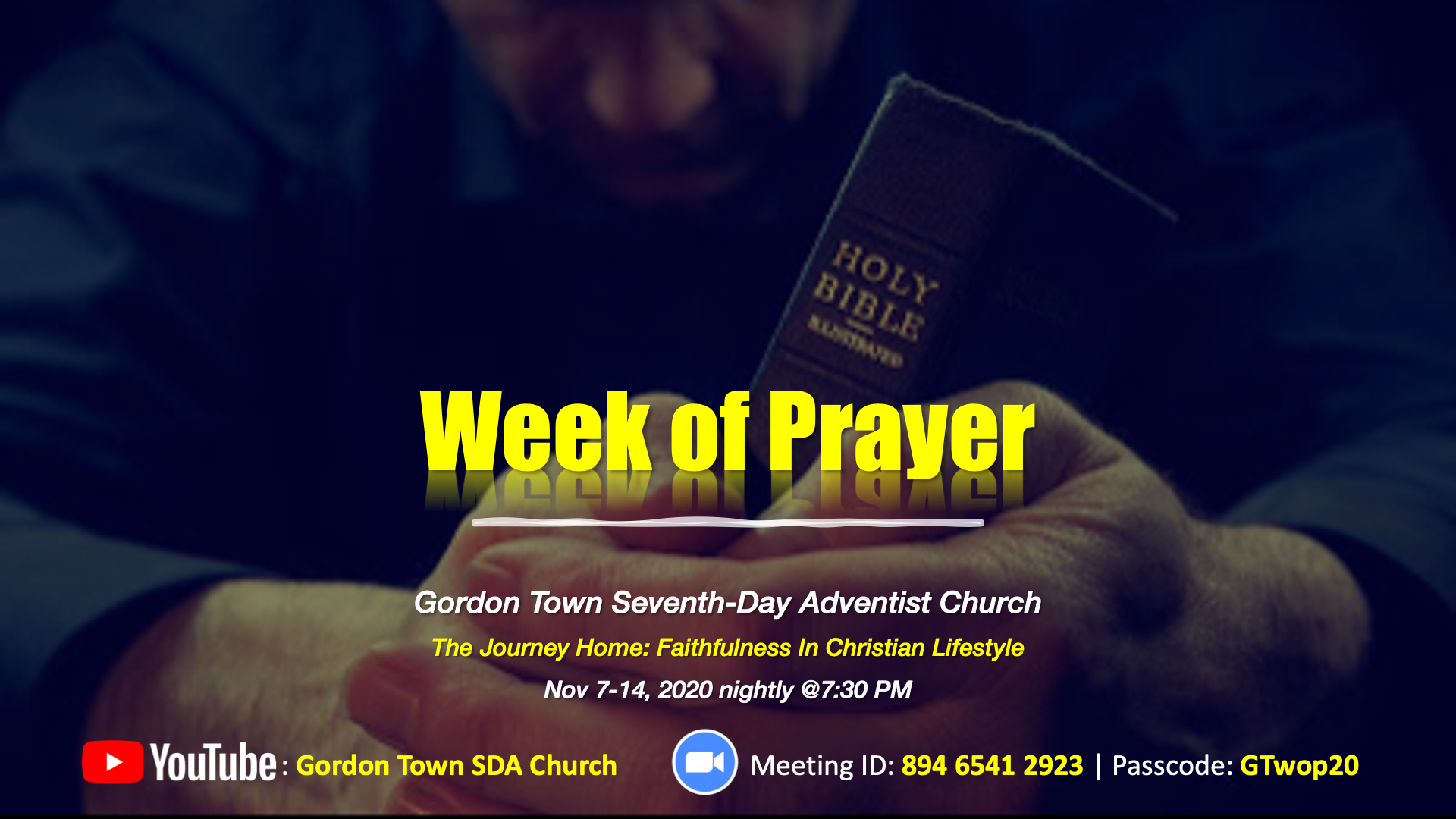 Seventh-day Adventist beliefs are meant to permeate your whole life. Growing out of scriptures that paint a compelling portrait of God, you are invited to explore, experience and know the One who desires to make us whole.

We use cookies to personalize content and ads, to provide social media features, and to analyze our traffic. We also share information about your use of our site with our social media, advertising, and analytics partners.